The Six Biggest Projects in Sydney for 2020

The Six Biggest Projects in Sydney for 2020

about 2 years ago By Karis McKenna

Sydney is currently going through a period of colossal infrastructure investment in order to build the roads, rail and housing needed for the next 20 years. This is on a scale likely never before seen in Australia. Let’s take a brief look at the six biggest projects in Sydney right now.

Construction of the new Western Sydney Airport is underway, and is expected to continue until 2026, creating a huge pipeline of work for the western Sydney region in the medium term. The earthworks package alone, which has been won by Lendlease, is worth a staggering $644 million and is one of Australia’s largest ever earthworks projects requiring the movement of around 25 million cubic metres material.

Freight companies have been eager to get a spot in the new airport with Memoranda of Understand (MOUs) being signed by 12 companies to date. These companies include some well known names such as Toll Group, Australia Post, DHL, FedEx and Qantas Freight. This should ensure some serious long term growth in the region as these businesses will require significant numbers of workers to operate.

Aurecon was selected as the design engineer on the project for the design of the terminal building, apron, carparks and roads, working alongside architects Zaha Hadid Architects and Cox Architecture. Aurecon will also be working as part of a JV with Arcadis on the earthworks and airfield design.

The design of the airport will be critical to its success as it is planned to be constructed in four major stages in order to expand as demand increases in the future. This is a smart play as if usage is far lower than expected, later stages can be scrapped meaning a lot of money saved.

The project has been talked about for decades but never got the go ahead. It looks like the project is set to be controversial for the foreseeable future as the airport is going to be operating 24 hours a day. The people living on flight paths might be in for plenty of rough night’s sleep.

Late last year the CEO of Western Sydney Airport, Graham Millett announced he will step down from his role at the end of this financial year. He has overseen the commencement of airport construction and oversaw major contracts for terminal design and bulk earthworks.

The tender for construction of the new terminal building is very likely to be released this year. This will be a large and high profile package for whoever wins the bidding process.

Some early renders of the airport design have been released to the public and can be seen below. 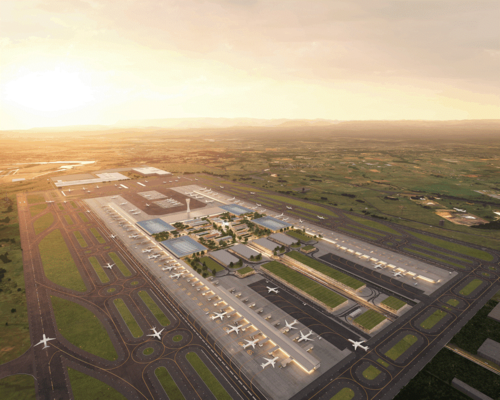 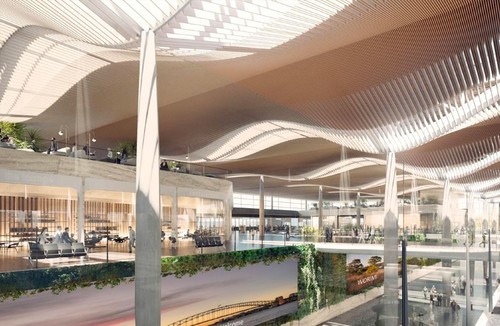 The WestConnex project will continue to roll on through 2020 and beyond with the construction of the New M5 and the M4-M5 Link. The New M5 will run from St Peters to Beverly Hills while the M4-M5 Link will connect the recently opened M4 East with the New M5.

The government calls the M4-M5 Link the most ‘critical component of Westconnex’ as it will provide a direct link from the M4 East at Haberfield the New M5 at St Peters. The Link is composed of two 7.5km long tunnels which will provide a significant reduction in trip times.

The M4-M5 Link is expected to open in 2023. Considering the size of this mega project, residents may actually be less impacted than expected since most of the construction is happening underground, resulting in less noise and dust.

The project is creating a huge amount of work for the city with an estimated 10,000 jobs during construction. This includes direct and indirect jobs beyond the construction jobs that everyone might expect. A mega project of this scale requires resources from all sectors including finance, legal, training, education to name a few.

The recently opened M4 East has embraced technology that allows for ‘GPS’ service even though they are travelling about 50 metres below the surface. The technology, developed by Waze, uses Bluetooth beacons mounted to the tunnel to allow drivers to always have access to a GPS signal. As long as you are using Waze or Google Maps in the tunnel you will have uninterrupted navigation services. Considering the length of the tunnel once complete (22km) and the amount of time someone may spend driving in the tunnel, this is a fantastic initiative.

The Sydney Metro is potentially the most significant change to Sydney’s transport infrastructure ever seen. Once complete, Sydney will have a 66km long Metro system with 31 stations. 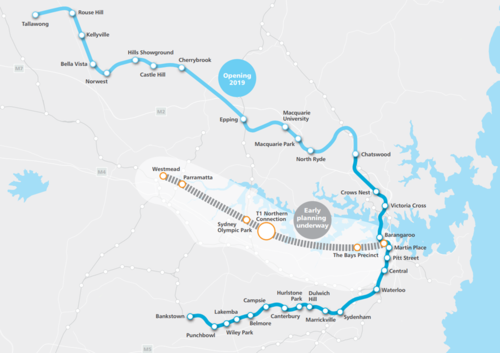 Stage 1 (Metro North West) opened last year, providing a connection from the Northwest suburb of Tallawong to Chatswood, with the second stage, City and Southwest due to open in 2024. The second stage will provide a direct link from Chatswood to Bankstown via the city centre.

The tunnelling and railway works are only part of the construction however, as there is the construction of brand new Metro stations all over the city in some of the most congested and difficult construction conditions. Once complete this will be one of Sydney’s greatest achievements.

The project is calling upon a variety of contractors to complete the works across Sydney. Laing O’Rourke is completing the new Central Metro Station valued at $955 million, John Holland and Mirvac will complete the Waterloo Metro Station and towers valued at $800 million, CPB won the design and build contract for Pitt Street Metro Station last year valued at $463 million, to name just a few. With new stations also to be built at Crows Nest, Victoria Cross (North Sydney), Barangaroo and Martin Place each to be of a similar scale, there is plenty of work to go around in the Metro space. 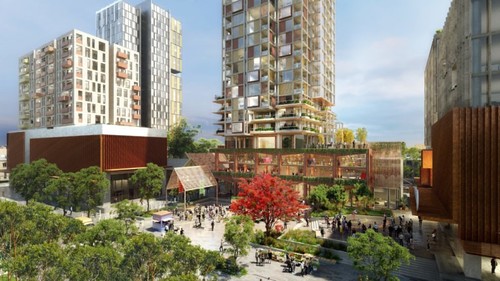 Sydney Metro being Australia’s first driverless train system has embraced digital engineering. WSP is utilising a common data environment on the web as a single source of truth for the project, with all information available to whoever on the project requires it. The key is that all information available on the portal is always the most recent information, potentially preventing a wide range of mistakes and lost productivity.

Virtual and augmented reality were utilised during the design process to assist with decision making and encourage all stakeholders to be part of the design process. A detailed article covering the digital engineering approach of Sydney Metro can be viewed here: https://www.wsp.com/-/media/News/ANZ/Document/S-McWilliam-D-Cutcliffe--Digital-starting-blocks-CORE2018140917.pdf?la=en-AU&hash=C1FEB79F9B46BC07B2036DA18A5A316B7F539AC9

Construction of the Parramatta Light Rail recently got underway. The project is being completed in two stages (the second stage is still not 100% confirmed and may even be replaced by a Metro line from Parramatta to the city) with the first stage consisting of a 12km, 16 station tracks from Westmead to Carlingford. Stage 2 will (hopefully) be a 9km track from Parramatta to Olympic Park. 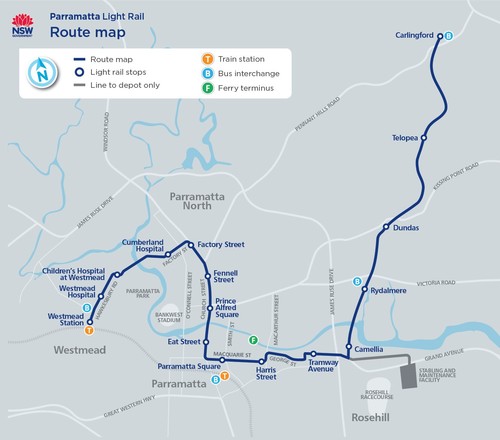 The total cost of construction and operation of the light rail is part of a $2.4 billion package.

It looks as though the Government has learnt its lesson from the disruptive light rail works in both Newcastle and Sydney and has made major efforts to try and reduce the impact on businesses where possible. The most noticeable effort is that construction will stop along “Eat Street” from the start of November to the end of January every year in order to allow businesses to make as much money as possible during peak season. Only time will tell if this will be effective. 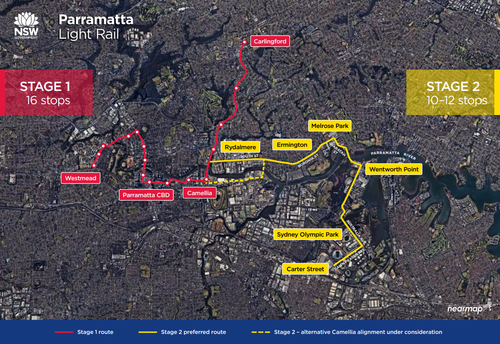 The Parramatta Light Rail is a pilot project for Transport for NSW’s Digital Engineering Framework. The aim of these pilot projects is to assess how digital engineering can impact on the project. In every country around the round, embracing digital engineering processes on major projects has resulted in considerable benefits for the project, whether that’s in cost savings, safety improvements or productivity boosts. Given the experience gained from the recent light rail projects and the digital engineering directive from TfNSW, I daresay this project should be more successful than its predecessors.

The TfNSW Digital Engineering Framework is intended to guide projects in NSW, and indirectly Australia, on the best ways to use digital engineering strategies on their projects. While other countries such as the UK have essentially legislated digital engineering, Australia is yet to do so, resulting in firms not knowing the best way to commit their resources for fear of going in the wrong direction. The TfNSW provides that leadership that Australia has been looking for and will hopefully prompt companies of all sizes to embrace digital engineering and start reaping the rewards.

One of the more controversial projects (although they all share some level of controversy), is the knockdown and rebuild of the Sydney Football Stadium. The total project cost of $828 million is sure to create a huge number of jobs for the Sydney region. Demolition of the existing stadium is now complete at a cost of approximately $36 million, with the construction of the new stadium starting early this year. 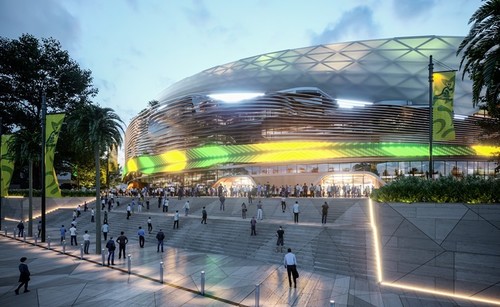 John Holland will construct the new stadium, adding to their list of stadium builds which include Wembley Stadium, three new stands at the SCG and the MCG Great Southern Stand. The stadium was designed by Cox Architects in competition with three other architecture firms.

6) Barangaroo – One Sydney Harbour and Crown

Crown Barangaroo is expected to be complete by Christmas 2020 according to James Packer (despite the Crown website stating an opening date of January 2021). The building will be an iconic part of Sydney’s skyline, as it will be the tallest building in Sydney and have some of the most breathtaking views anywhere in the world. These views are now protected after a successful legal battle with the NSW government ensured they will always have views of the Harbour Bridge and Opera House. 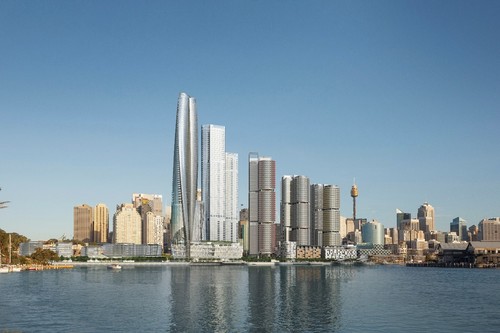 The yet to be constructed building already has the title of Australia’s most expensive home, with the top three storey penthouse selling for $140 million. 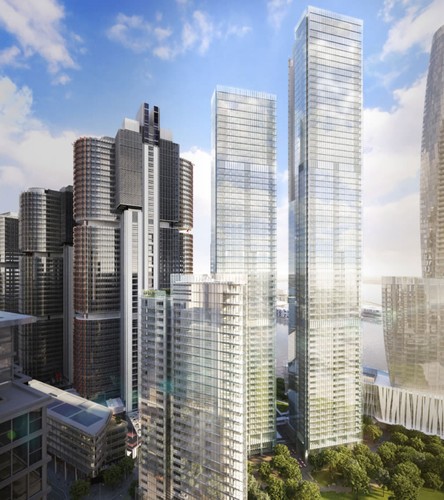 These are only some of the largest projects currently ongoing in Sydney in 2020. Alongside these mega projects, there are major buildings and refurbishments occurring all around the city. For the foreseeable future there should be a relatively strong pipeline of infrastructure work in the Sydney region.

There have also been concerns raised recently about the ability to deliver these projects for a reasonable price given the amount of concurrent work going on. Given these are such large projects, it limits the number of possible firms that are large enough to complete the works. As a result, many firms are creating joint ventures in order to minimise their risk and gain exposure to these once in a lifetime projects.