The Biggest Melbourne Projects of 2020

The Biggest Melbourne Projects of 2020

about 2 years ago By Colby Gallagher

I recently wrote an article focussing on the biggest projects happening around Sydney in 2020. With the huge volume of work happening in NSW I assumed that nowhere else in Australia could possibly match it (typical Sydneysider attitude, right?). Well, Melbourne does match it.

When I started researching for this article I was shocked by the number of megaprojects, all occurring concurrently in the same city with a population of five million people. Very impressive.

I think these projects have become even more critical to the country with the current economic downturn caused by Covid-19. Both national and state governments have been relying on these mega projects to keep a portion of the population employed and keep the economy from being completely crushed.

So let’s get into the biggest construction projects in Melbourne for the year of 2020.

As one of Melbourne’s once in a generation projects, the Metro Tunnel was the first project on my list. The scale and complexity of this project has resulted in an estimated cost of around $11 billion, but this might be on the conservative side with recent reports showing potential cost blowouts of around $3 billion. The Metro Tunnel is composed on twin 9km tunnels (that’s over a billion dollars a kilometre!), and five new metro stations right through the heart of Melbourne.

There is a good comparison to be had since Sydney is also building a Metro network at the moment. The first stage of Sydney Metro (Northwest) cost $8.3 billion to build twin 15.3km tunnels. While the second stage (City and Southwest) is currently under construction and estimated to cost $12.5 billion for 15.5km of twin tunnels.

Comparing these costs dollar for dollar, makes the Sydney Metro look like better value on paper. However, as anyone that’s worked in construction will know; no two projects are the same. These mega projects are called “once in a generation” projects for a reason.

Projects like the Metro Tunnel will completely change the way Melbourne functions for the next 50 to 100 years and shape the way people interact with the city. Tourists that visit Melbourne will likely take the Metro due its convenience and speed of service with trains expected to run every two to three minutes. Regular commuters to Melbourne will enjoy more suburban trains in and out of the city as the City Loop is freed up by the new tunnels.

The collection of companies working the Metro Tunnel reads similar to a list of the biggest construction and engineering firms in Australia. We have John Holland, CPB, Lendlease, Bouygues, AECOM, Aurecon, Mott MacDonald and Grimshaw Architects.

I mentioned earlier that there are predicted cost blowouts of $3 billion. How does this happen? Part of this is due to an increase in the scope of work (late changes proposed by government in relation to signal boxes, vents and power requirements for substations https://www.theage.com.au/national/victoria/late-metro-tunnel-design-changes-could-see-cost-blowout-soar-20191213-p53jqr.html), but it is also partly due to geological issues. Reports have said that the density of soil was causing digging delays (https://www.theage.com.au/business/companies/metro-tunnel-builders-battle-claimed-2bn-blowout-20190606-p51v92.html).

Tunnelling always carries inherent risk. There is no way to guarantee with 100% accuracy what the geological profile of the entire tunnel is going to be without the investigation work becoming prohibitively expensive. There is always a cost-benefit trade off that needs to be made when deciding how much geotechnical investigation is required, and it appears that in this case, perhaps more should have been done. But hindsight is always 20/20.

The West Gate Tunnel project is designed to complement the existing West Gate Bridge which is regularly under heavy congestion. The new tunnel will be 6.8km long, bringing commuters into the City from the west. 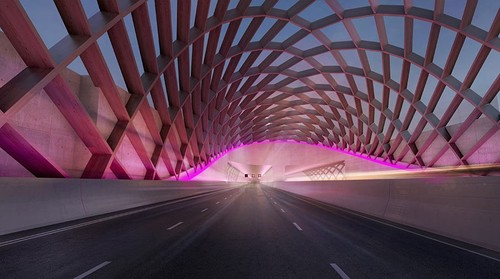 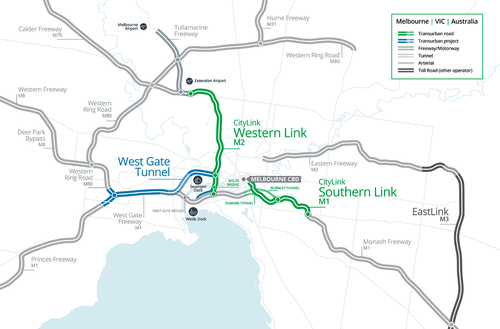 The project also includes upgrades to the existing West Gate Freeway and a new bridge over the Maribyrnong River along with new cycling and walking paths.

In total the project is estimated to cost $6.7 billion. 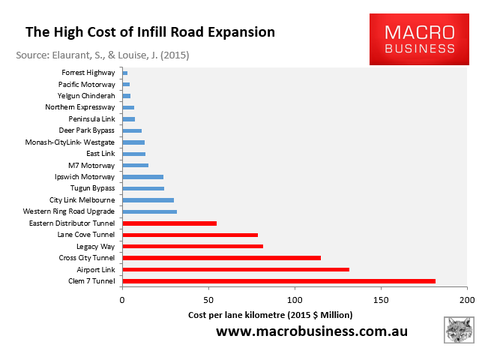 The Level Crossing Removal Project may not be the most glamourous or high profile project on this list, but in terms of dollar value and time frame it is one of the biggest and most far reaching. The project consists of the removal of 75 level crossings by 2025 spanning all over Melbourne and the surrounding area. 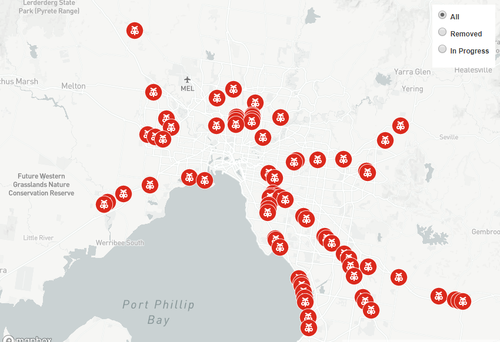 This might not sound like a major project, but in total its estimated to cost around $13 billion. Along with the removal of level crossings there are 13 new stations being constructed, a new train maintenance facility, numerous bridges and couple of tunnels. The project is sure to impact almost every person that lives or visits Melbourne as they enjoy a safer experience on the road.

Laing O’Rourke was one of the key companies involved in the  early stages of the Level Crossing Removal Project. They leveraged their strong digital engineering tools to enhance their level of community engagement early in the project and to provide a platform for a variety of innovative solutions to be developed. http://www.laingorourke.com/media/news-releases/2016/trains-on-time.aspx

Aurecon also embraced a number of digital engineering solutions to make this project a success. One example is where they made a simulation for the train drivers in order to test the visibility of signals.

Everything that was going to be constructed was modelled and then brought into Aurecon’s real time visualisation software to enable train drivers to test the location of signals in an environment as close to the real thing as possible. Doing this work prior to construction meant that any errors or issues could be picked up early and rework on site could be minimised, which was critical on a project with such a tight construction time frame. https://www.aurecongroup.com/expertise/digital-engineering-and-advisory/case-studies/lxra-caulfield-dandenong

The three monster projects will provide a huge boost to the Victorian economy over the next five years, but there are many more projects, both provide and public that, while significantly smaller, are still big projects.

For example, the Regional Rail Revival with a measly cost of $1.7 billion will provide significant upgrades to the Ballarat Line, the Gippsland Line, Warrnambool Line, Geelong Line, Bendigo and Echuca Line, North East Line and Shepparton Line. The works vary for each location with upgrades such as more accessible stations, more parking for commuters, new bridges to allow for faster trains, track duplication, and more.

Works are expected to continue until late 2022 and are already providing masses of employment opportunities right across the state.

I didn’t want to finish this article without mentioning a number of other significant projects going ahead in Melbourne during 2020.

The Sunbury Line Upgrade is a significant project valued at around $2 billion. The purpose of the project is to allow the new High Capacity Metro Trains to run along the Sunbury Line. This requires power upgrades along the line, platform extensions and accessibility improvements along the entire line.

Upgrades to the M80 are expected to cost around $500 million and include new lanes, a new freeway management system, new and improved on and off ramps and pedestrian bridge upgrades. The construction work is being undertaken by CPB Contractors and is expected to finish by 2023.

West Side Place is comprised of two towers, the largest is 81 storeys (281m) while the smaller one will be 64 storeys (221m). The larger tower will be the home of the Ritz-Carlton once complete and it will become the tallest hotel in the Southern Hemisphere.

In total, across the two towers there will be 1,376 apartments and 257 luxury apartments. Probuild is the head contractor on the job and the architectural design was performed by Cottee Parker.

West Side Place only just beats out Queens Place in the height department. Queens Place is comprised of two 79 storey towers and 1800 apartments. Work on the towers has been taking place since 2018 and is expected to be complete in 2021. Queens Place is being constructed by Multiplex and was designed by Cox Architecture and Fender Katsalidis Architects. 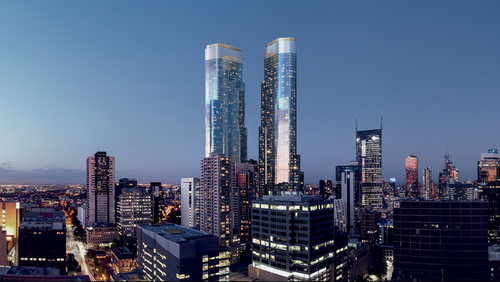