over 1 year ago By Emily Harris

Over the last decade, renewable energy has become a highly debated topic within Australian politics. Like many countries, Australia was built on a fossil-fuel economy. Yet fossil fuels (coal, oil, gas) are finite, there’s only so much to go round. And as our ability to access these fuels globally starts to run out – there are four coal power stations in NSW alone expected to close within the next 15 years-scientists and economists alike have been looking into alternate ways to power the country. Renewable energy has become a popular option given the natural resources Australia possesses; Australia receives an average of 58 million PJ of solar radiation per year and is home to some of the best wind resources, with many coastal locations generating wind speeds above 7.5 m/s. Both are factors that make it ideal for producing two of the most popular forms of renewable energy; wind and solar.

The main benefit of renewable energy is that it’s ‘clean’. Unlike fossil fuels, natural energy sources like solar or wind don’t emit carbon dioxide; one of the key greenhouse gasses contributing to global warming. Consequently, it has become a popular strategy within many government’s climate change policies. However, this year renewable energy has garnered additional attention from leaders and policy makers, not only for its environmental benefits but its potential economic impact.  As Queensland premiere Anastacia Palaszcuk stated in a press conference earlier this year “energy means jobs” and with Australia’s unemployment rate reaching 12.9% (1.83 million Australians) in September, investing in more renewable initiatives could play an integral role in rebuilding Australia’s economy post-covid.

According to the Australian Bureau of Statistics (ABS) in their Australian Energy update report, 17% of Australia’s renewable electricity in 2017-2018 was generated from renewable sources. This level of renewable energy activity translated into 21,080 new full time employment roles - the majority driven by an increase in construction activity for roof-top solar photovoltaic (PV) systems. In 2018-2019, full time employment in renewable energy activities had increased by 27%.  While these figures demonstrate growth within the renewable space, renewable energy only makes up a small proportion of Australia’s overall energy supply; 1.6% in total. Considering the number of jobs created from such a tiny proportion of energy, how many opportunities would be available if Australia were to invest further into renewable schemes?

A recent report by professional services firm Ernst & Young (EY) and commissioned by environment group Worldwide Fund for Nature (WWF) has attempted to answer that question in their latest report, which suggests that stimulus programs backing clean energy could create more than 100,000 direct jobs across the country, while cutting green-house gas emissions. The report examined a number of variables like wind and solar farm projects that have already been approved, backing new industries in battery manufacturing, electric buses, increasing electricity transmission capacity, renewable hydrogen, and manufacturing powered by renewable energy. It estimated that 58,000 jobs could be created solely through the construction of solar and wind farm projects that had already been planned. More importantly, it concluded that an economic rebuild based on renewable energy could re-employ people in the industries hit hardest by COVID-19, including construction, manufacturing, and professional, scientific and technical services. This is a noteworthy statement, as industries like manufacturing and construction have traditionally been depended on to pull Australia out of recession or economic strife.

State governments across Australia have already begun factoring renewable energy into their recovery strategy. The Queensland Government announced in September that it would be investing $500 million into a Renewable Energy Fund aimed at getting more projects approved and construction underway as soon as possible. In a statement about the fund, Energy minister Dr Anthony Lynham said that Queensland’s ‘renewable revolution’ had already seen 41 large-scale renewable energy projects commence operations, start construction, or receive financial commitment since 2015, all of which have translated into 6500 jobs approximately. Even before the Renewable Energy Fund had been announced, the Queensland Government had confirmed their decision to fast-track the implementation of the Forest Wind Farm project- an onshore wind farm with up to 226 wind turbines on state forest land between Gympie and Maryborough. Once completed, this wind farm will not only become the largest in Australia, but one of the biggest in the southern hemisphere. Construction on the project is planned to begin as early as the final quarter of this year and according to the Queensland Government, expected to provide 440 construction jobs and 50 full-time positions for the power plant’s operation. 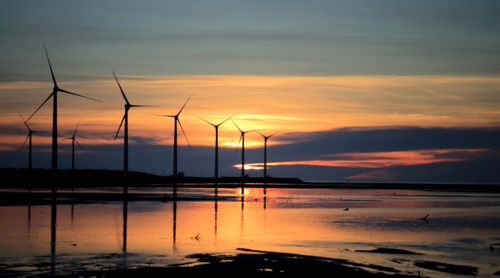 Meanwhile, the NSW Government have announced two renewable energy zones to be set up within the state this year. These renewable energy zones have been selected due to their high resource potential (in wind, solar, hydro etc.) and will act like a modern-day power station to ensure a secure, affordable and reliable energy system. The first zone will be located in the Central-West Orana region and is estimated to be worth $4.4 billion in private sector investment and support 450 construction jobs within the local region. The second zone will be located in the New England region and is estimated to generate $12.7 billion in private sector investment and around 1,300 ongoing jobs and is the biggest commitment to clean energy in the state’s history.

And finally, in South Australia construction has just commenced on two renewable energy projects; a combined wind and solar plant near Port Augusta and an expansion of the Lincoln Gap Wind Farm. Combined, the projects are worth $670 million and provide an estimated 310 construction jobs.

In addition to helping reduce the country’s carbon footprint, all of these projects provide a critical boost to Australia’s economy. However, experts believe we’ve only reached the tip of the iceberg in regards to renewable energy’s potential. As the ABS stated, renewable energy currently equates to 1.6% of Australia’s overall energy output. According to a report released by the International Renewable Energy Agency (IRENA) this year, some 5.5 million transition related jobs could be created over the next three years, if governments focused on ‘super-charging’ their energy transition. The report advised that for significant progress to be made, a concerted effort needs to be made by both the private and public sector to invest in renewable initiatives. And this doesn’t just relate to spending, but also focusing on reskilling workers within the fossil fuel sector whose jobs are most at risk and investing in vocational training, curricula-building and information and communications technology, in order to ensure Australia can emerge as a world leader in renewable energy. Watch this space!

For more information on the sustainable job opportunities currently available within the construction or infrastructure space, reach out to our team of specialised consultants at: info@designandbuild.com.au